Brian has taught me over the years to be interested in people.  He truly wants to hear their stories. He loves meeting new people and often he learns a ton about them when they learn nothing about him.  Brian’s a talker.  He can tell the best stories and he’s hilarious but he also knows how to listen. 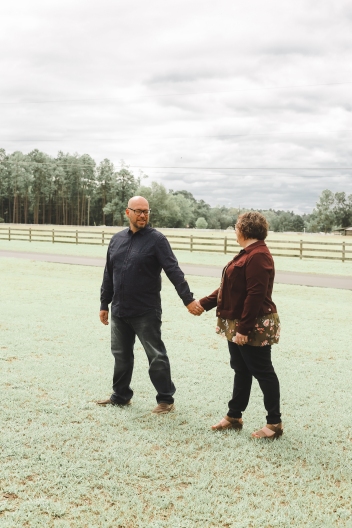 Have you noticed that in this world, we have a shortage of listeners?  I think we’re not that curious about other people because we have to stop thinking and talking about ourselves long enough to let them talk. It takes humility—which CS Lewis says is not thinking less of yourself, but thinking of yourself less. And we are nothing if not hopelessly self-centered.

Have you ever considered that self-consciousness and insecurity just lead to self-centeredness?  They make you think everything is about you.  Maybe instead of the lyrics to the song saying, “You’re so vain…” they should say, “You’re so insecure…” Maybe we’re so worried about ourselves that we forget why we’re here – to bless and serve others. When you train yourself to focus on other people, you don’t have time to worry about all your insecurities. It’s not about you.

Think of situations you face everyday where this applies and remind yourself that this is not about you. This is about them — learning to see them, worrying about them, wondering if they’re okay, meeting their needs however we can.

Cultivate the discipline of being interested in people. Even if you’re not. Even if you already have enough friends. Even when it’s inconvenient. Soon it will become more like habit and years later, you’ll find that what you’ve cultivated is a generous heart.